It was 10 years ago that CRETE’s principals designed what we believe was the first (and still maybe the only) in situ soil solidification project for environmental cleanup in Washington State. The cleanup work was performed between August and October 2004 at a former wood treating site on Lake Washington in Renton. Since that time, CRETE has provided technical expertise and support to multiple projects in the Northwest and around the country. This work has supported Feasibility Studies, treatability testing, and design. CRETE also performs remedial design constructability reviews. If you are looking for an expert on in situ soil mixing and in situ solidification/stabilization (ISS), CRETE is that firm. In addition to ISS, CRETE also has experience with numerous other containment technologies, including slurry walls, bioslurry trenches, sheet pile walls, and permeable reactive barriers. 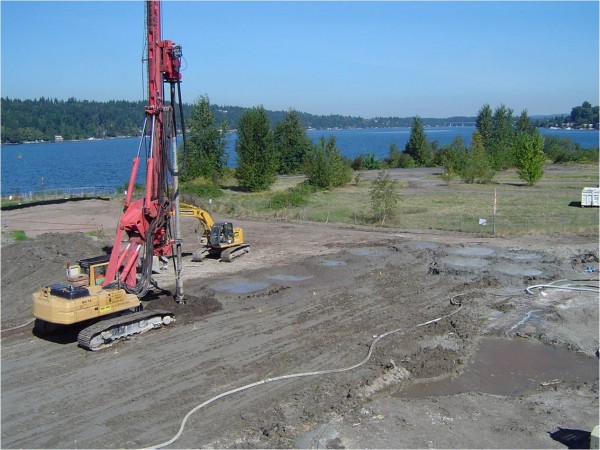 March 2014 – Can PCB-Containing Paint Be Completely Removed From My Building?

In short, probably not, but there is some good news. CRETE performed a PCB paint removal pilot test on a concrete warehouse building. The purpose of the test was to assess the most cost-effective approach to demolition of the building. Abrasive blasting of concrete interior and exterior walls was performed using three blast media: sand, soda, and dry ice. Diamond grinding was also performed. Baseline (concrete plus paint) PCB concentrations at the test locations ranged between 200 mg/kg and 4,600 mg/kg. PCB removal percentages ranged from 40 to 99% but final PCB concentrations indicated that all of the treated concrete would still require landfill disposal, including some concrete that still exceeded the 50 mg/kg TSCA threshold. 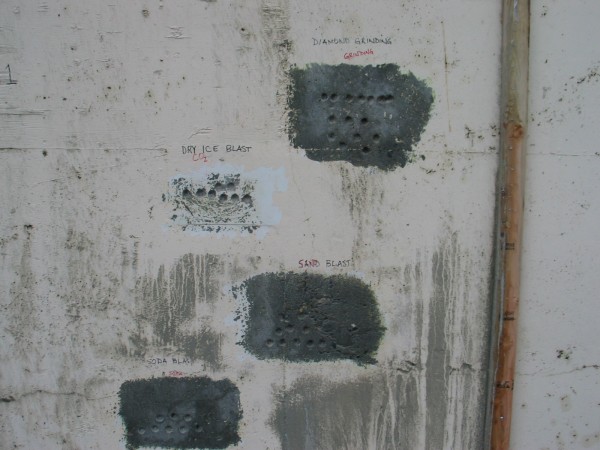 Fortunately, EPA recently issued a TSCA reinterpretation (September 2013) that allows disposal of building debris with PCB-containing paint and sealants as PCB Bulk Product Waste at a Subtitle D landfill. The PCB-containing paints and sealants can have TSCA-level concentrations and disposal is allowed as long as the average PCB concentration of the debris is below the TSCA threshold of 50 mg/kg and compliant with the Dangerous Waste Regulations. That’s good news if you are planning to demolish a structure. If you’re going to retain the structure, check for PCB soil contamination due to leaching from the paint and develop an encapsulation approach in accordance with EPA regulations since you probably won’t be able to cost-effectively remove it.

Posted on December 11, 2013 by Grant Hainsworth

In support of a design-build contract headed by Magnus Pacific Construction and North Star Construction, CRETE will design drainage infrastructure for a naval station access road that has failed. The road traverses a mountain face near Arlington, Washington and provides access to a radio-communication station. A geotechnical investigation will be performed to support design of the roadway improvements. The surface water diversion system will be enhanced and a subsurface drainage system will improve stability of the roadway.

Posted on November 5, 2013 by Grant Hainsworth

A multi-disciplinary team led by Windward Environmental will represent the Port of Everett for the RI/FS and cleanup of the East Waterway in Port Gardner Bay. A draft Agreed Order to address dioxin/furan, PCB, and PAH impacts in sediment is expected in early 2014. The team brings extensive experience with large multi-PRP sites, having worked together on several Puget Sound sites. CRETE will lead the FS and Design/Construction efforts. Other team members include Grette Associates, Coast & Harbor, GeoChem Metrix, and Moffatt & Nichol.

Integral Consulting has contracted CRETE to provide engineering design, allocation, and forensic expertise for a Portland Harbor Superfund Site PLP. Source control activities will include restoration of a steep riverbank with erodible PCB-containing soil and evaluations/adjustments to the stormwater management system. CRETE staff have conducted several source control evaluations for this PRP and have a long history with the Portland Harbor Superfund process. Allocation support includes historical research and forensic investigations, as well as consideration of upstream-sourced impacts to nearshore river sediment.

Posted on August 2, 2013 by Grant Hainsworth

CRETE was recently awarded the 1940 E. 11th Abatement, Remediation, and Deconstruction Engineering Services contract. The project site is located near the head of the Sitcum Waterway and was the former home of Brown & Haley, the makers of Almond Roca. Our team was able to leverage experience with PCB bulk waste, PCB remediation waste, building deconstruction, chlorinated solvent remediation, and preparation of Port bid documents. We look forward to a timely and cost-effective design and cleanup of the property. We would like to thank our partners EMB Consulting, RE-USE Consulting, and Moffatt & Nichol.